Today is a bit special for me and my loved ones. It’s my birthday. I celebrated with a Greek meal, received messages, some of them witty and all of them lovely, from my family and friends, and a romantic dance to Demis Roussos with The Boyfriend! There was no Nana Mouskouri to be found in the house – will have to sort that out.

I felt like having a bit of a Greek day in remembrance of my mum and dad who met and married in Greece. From what I can see from their wedding album, they did not have a Big Fat Greek Wedding, which would have been unusual I should imagine. I’m very thankful though that they took no chances with their wedding photography and chose a professional photographer to preserve their day ‘forever’. Having their wedding album now means that I can look at them young, happy and very in love on their wedding day as many times as I like. It’s comforting and wonderful, x x 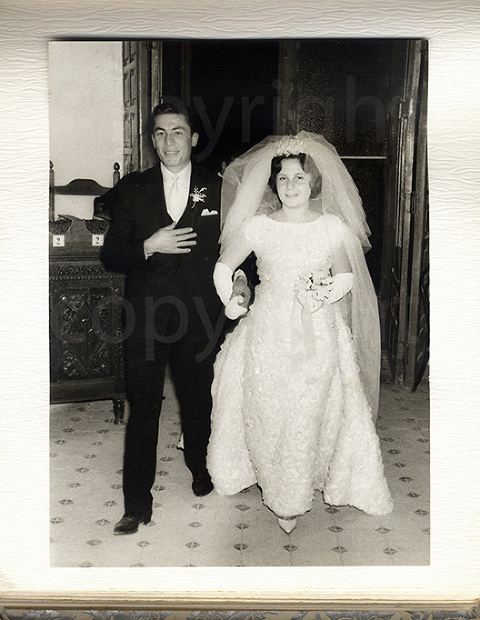 They married in November and it looks like it was an early evening ceremony. Outside it’s already dark 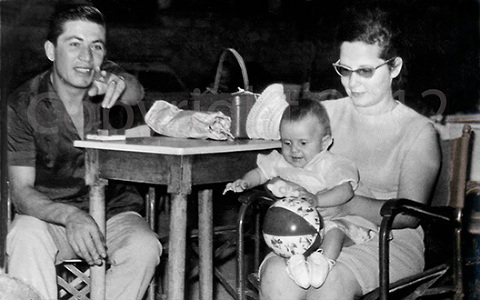 Over the years, I’ve photographed mostly British/English style weddings, many of them Church of England, a few Catholic and several civil ceremonies. I’ve not had the wonder of a Greek Orthodox wedding in Yorkshire or even the UK yet. I’ve photographed one Mormon wedding near Kirkstall taking wedding portraits at Kirkstall Abbey near Leeds, two Asian weddings and this year, my first Serbian wedding, which did have similarities to a Greek marriage ceremony.