Engagement Photography at Beningbrough Hall in York for Claire & Simon

In a few weeks it’ll be the wedding of Claire and Simon who met on the Eurostar.

Their marriage ceremony will take place at Beningbrough Hall near York with the evening reception at Merchant Adventurers Hall in the centre of York. Here’s a little interview about how they met and their engagement. Claire currently lives and works in York and Simon does the same in Brussels!

I remember Simon saying that you met on Eurostar. Tell me more!
I was on my first trip to Brussels and I was already sat in my aisle seat when Simon boarded the carriage. His reservation was for the adjacent window seat. After he sat down beside me, I made a throw-away line that got us talking saying, “That’s not much of a window – I hope you didn’t pay extra for that”, as thanks to the layout of the Eurostar carriages he only had a thin strip of window next to his seat and a lot of wall between the windows. We spent the rest of the journey chatting and as Simon knew Brussels fairly well he offered to show me around that evening.. 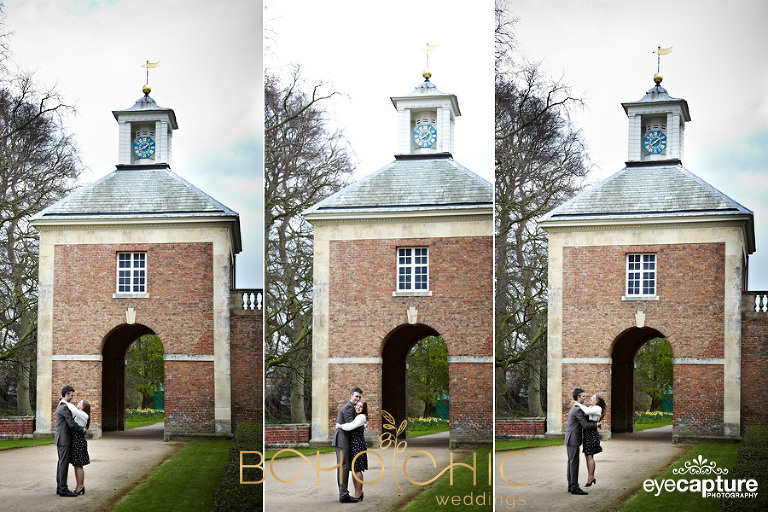 Simon is much taller than Claire, so we had a bit of fun to see how high Claire could reach!

What happened next?
The next day I did some sight seeing in Brussels, and that evening, we went out for a meal. The day after, I went to my business meeting and then headed back to the UK. We stayed in touch by sms and e-mail and gradually became friends. 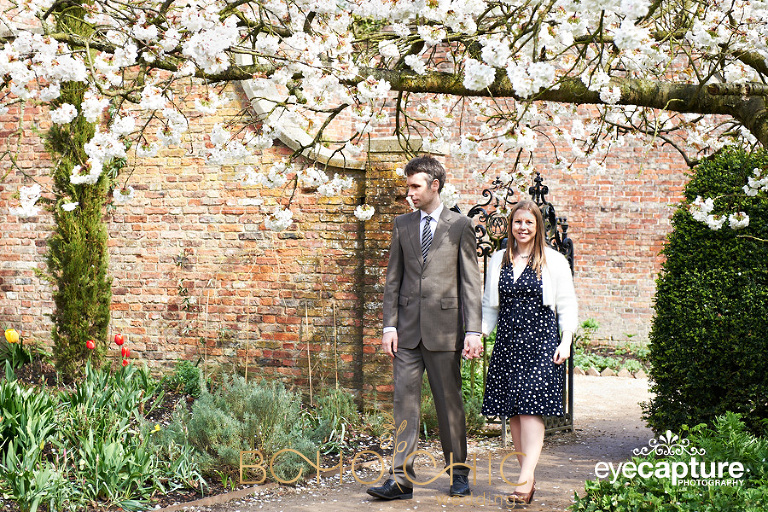 Where was your first date?  Were you nervous and did it go well?
It was to a wine-tasting evening run by a friend of Simon’s. I was back in Brussels for work and he invited me along. The theme was wine from the vineyard where Machiavelli lived when he wrote “The Prince”. Most of the evening was in Italian/French and Simon did his best to translate. I had prepared for the evening by reading “The Prince” ! Not officially a date – we were there as friends – looking back though, we see it as being a quasi-date. 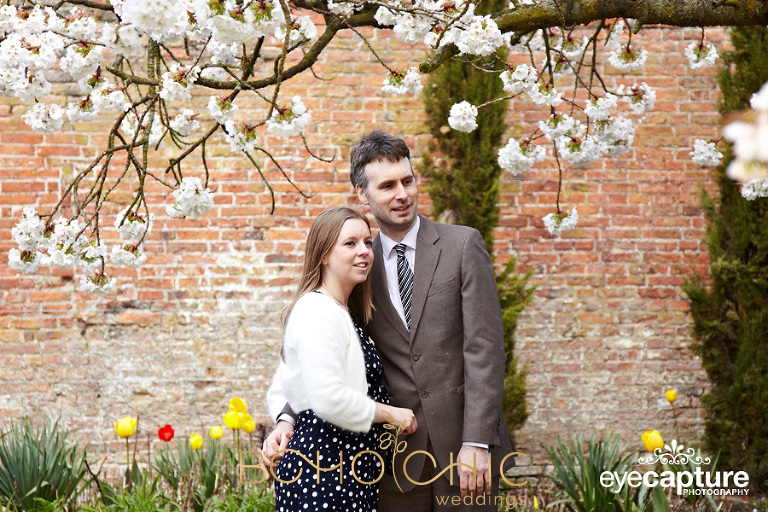 When did you know you’d marry one day?
I think it was a gradual realisation rather than one particular moment. However, we went to the Shetland Islands last year and I can remember sitting beside Simon, on cliffs overlooking the sea, thinking that this was the most perfect place on earth and how much I wanted us to be together. 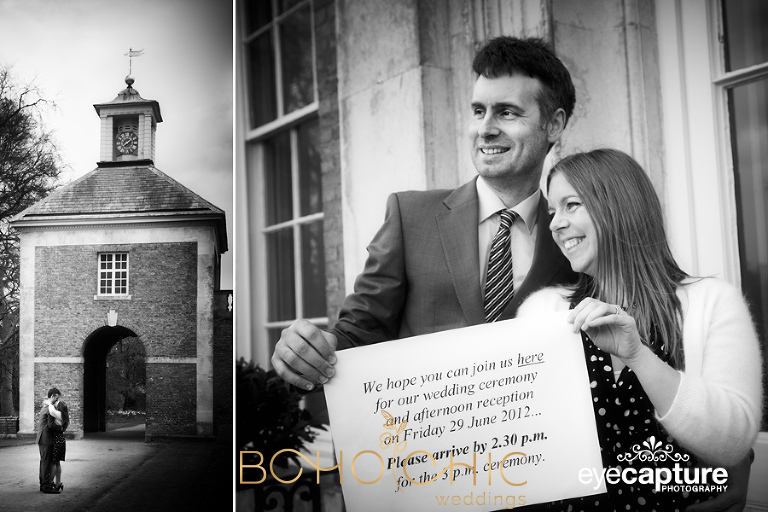 Claire, it seems to me that Simon’s got quite involved and grooms are doing this a lot more nowadays. How close to the truth is my perception of Simon’s involvement?
Simon has been very hands on throughout – in fact I would say he has done much more than I have! He is so organised! I have really loved the fact that he has been so involved though. 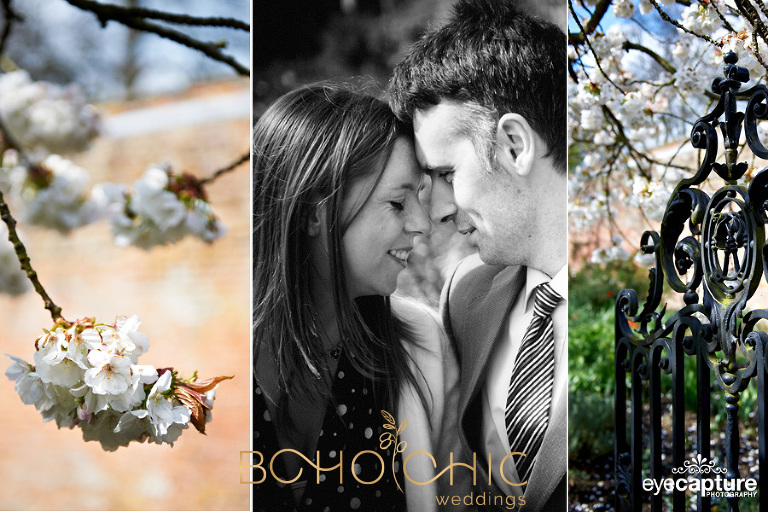 What’s been the best/most exciting part of your wedding planning so far?
Definitely the things we have done together. Living in separate countries is challenging for a relationship and particularly difficult when trying to organise a wedding. At Christmas in Brussels we short-listed possible venues, then in January we visited them. Food-tasting and also the practice photo-shoot have been great fun. 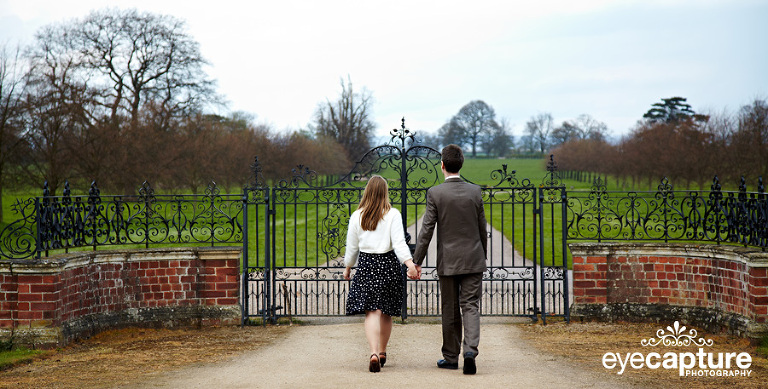 See you soon-nearly weds and thank you for my wedding invitation! x x

What made you choose Beningbrough Hall?
We visited Beningbrough and both fell in love with it. It is impossible to say what it was about Beningbrough that swung it, but both of us could picture us getting married there in the beautiful hall and then leading our guests into the amazing gardens.

« Too much wedding styling pressure for brides and grooms this year?Olympic Torch in Knaresborough North Yorkshire »