Here’s a taster of Jo & Dan’s wedding day at the The Mansion Leeds in our very own famous Roundhay Park in West Yorkshire. Virtually every image that follows is a good example of what’s known as Documentary Wedding Photography. You will also see it described as Reportage or Journalistic Wedding Photography. Most people, just call it natural! 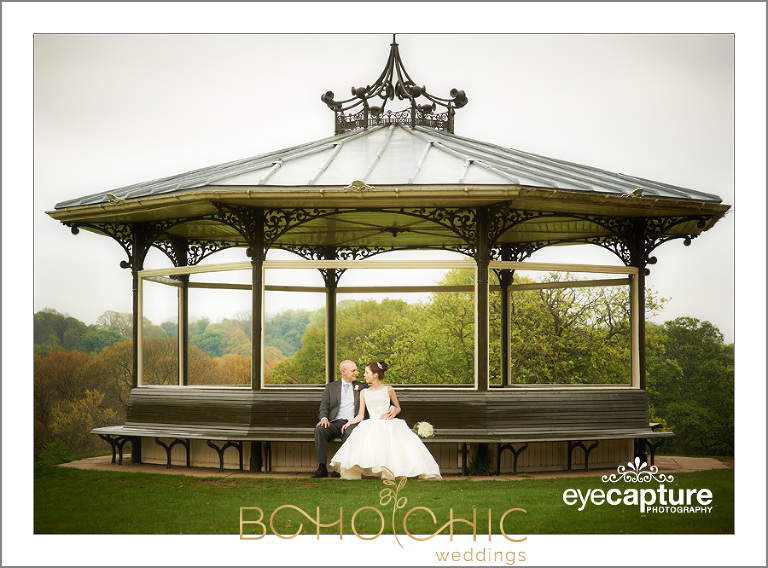 Congratulations Jo and Dan: A classy, elegant couple, who did it ALL their way and loved every minute.

Starting now at the beginning: Picture the scene – early afternoon in the middle of May, this is Roundhay Park near Leeds City Centre. 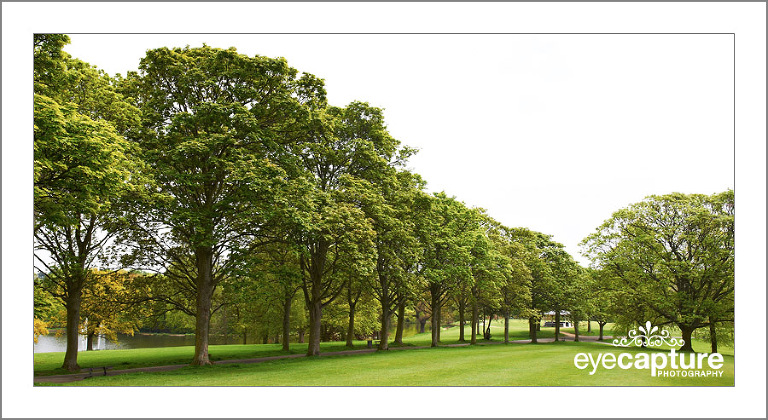 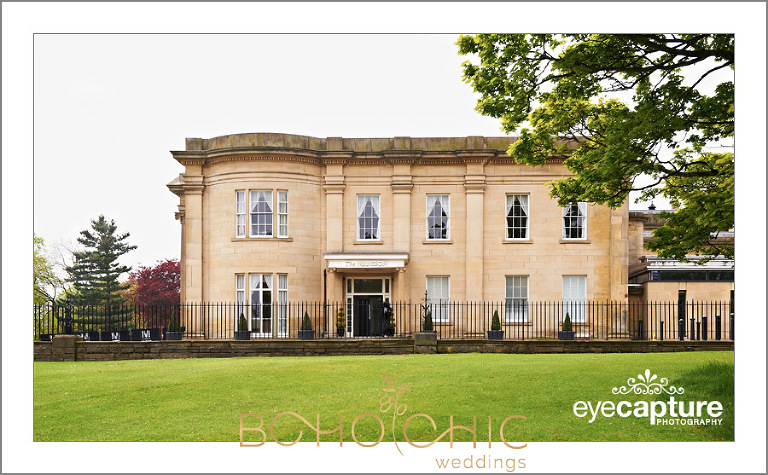 Here’s a little bit of history: The mansion house was built between 1811 and 1825 with a view over the Upper Lake. Put up for sale by its private owner and by a subsequent Act of Parliament, it was bought by Leeds City Council and the estate given to the Leeds people as a public park. Leeds architect, George Corson, won the contract for landscaping Roundhay Park. The Mansion, a Grade II listed regency country house, underwent major refurbishment from 2004 to 2009 and can now be enjoyed again as a stylish impressive wedding venue run by DINE as well as a cafe room, restaurant and visitor centre. 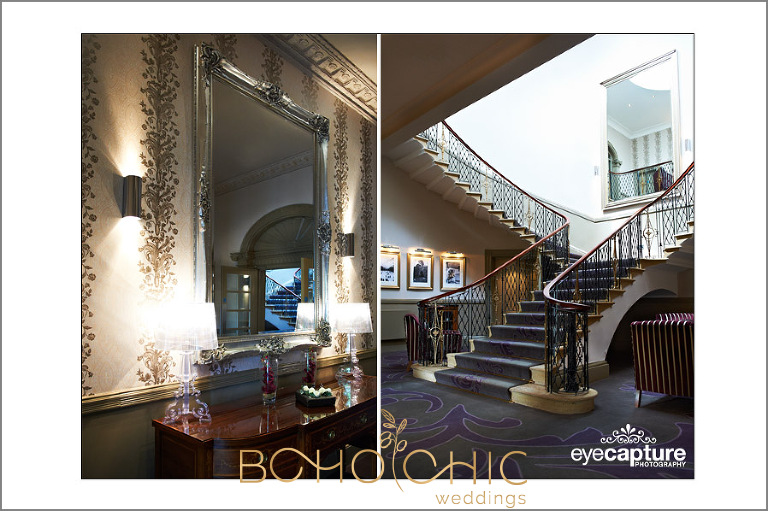 Michael and his DINE team had everything beautifully and immaculately ready.

Jo & Dan’s decor plans: Essentially our theme was, ‘there is no theme’! We kept the decor and flowers very simple and elegant. 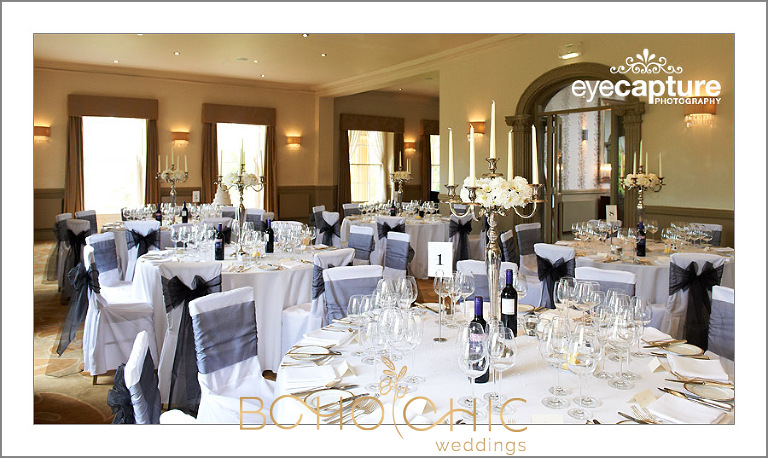 Newly engaged, Jo and Dan, fell in love with The Mansion as soon as they walked in to their first wedding fair there in September 2011. Leeds based wedding photographer, Catherine Kerr at eyecapture, www.eyecapture.co.uk  was booked shortly after in October and naturally the nearly-weds were keen to have many of The Mansion details photographed. 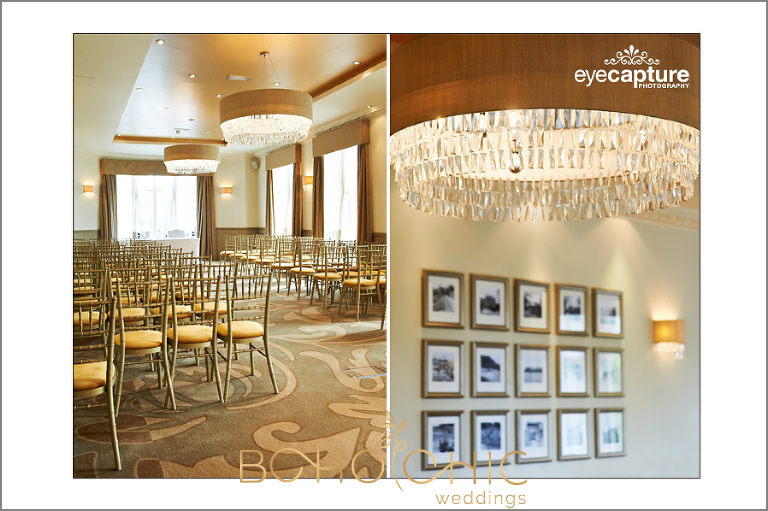 And here’s the groom, Dan, with his best man, Dave.  Dan was Dave’s best man when he married just last year at Allerton Castle in Knaresborough, North Yorkshire 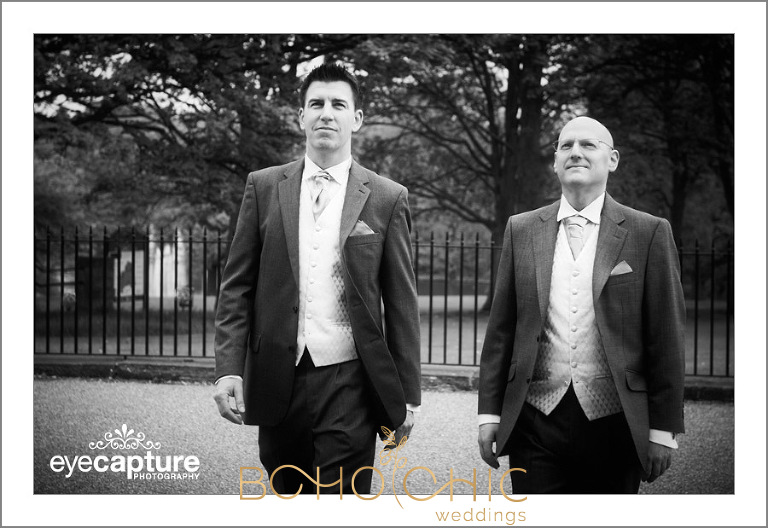 Dan, the groom, listening to the registrar 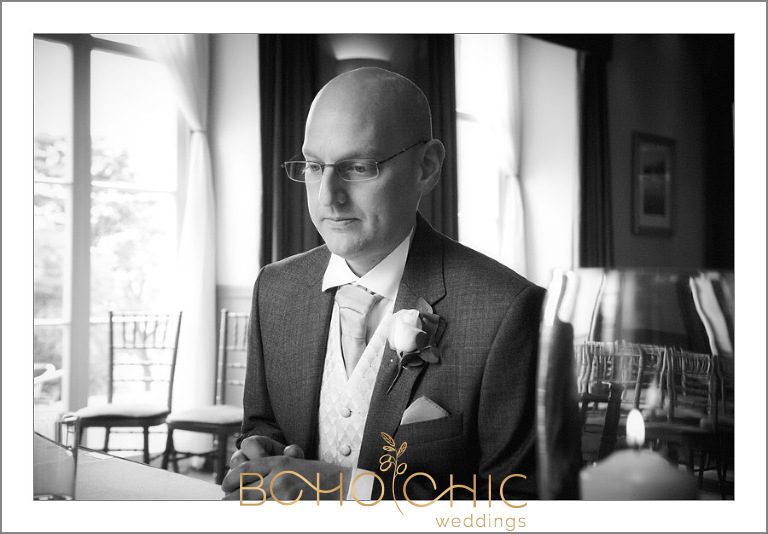 And then groom and best man, Dave, were off to start greeting their wedding guests 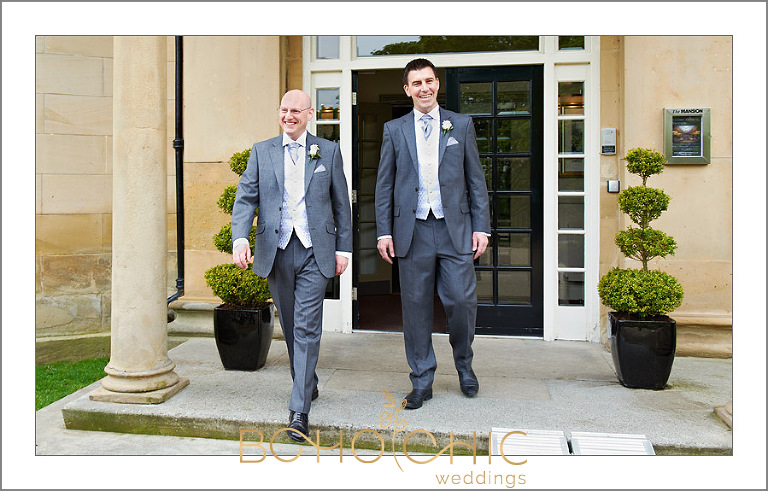 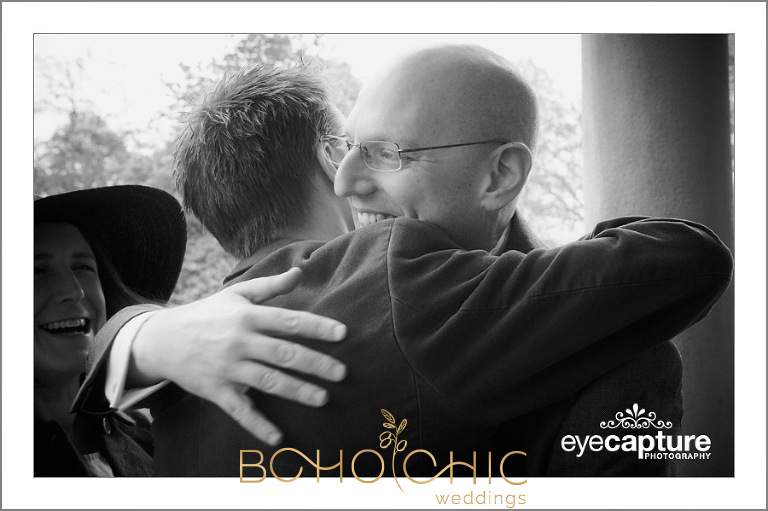 Dan, with his best man and his dad making some final outfit checks for it’s almost ‘that time’ 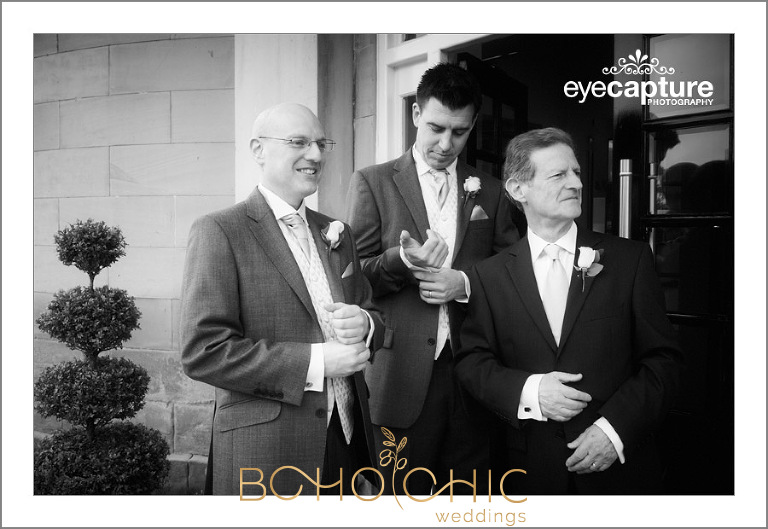 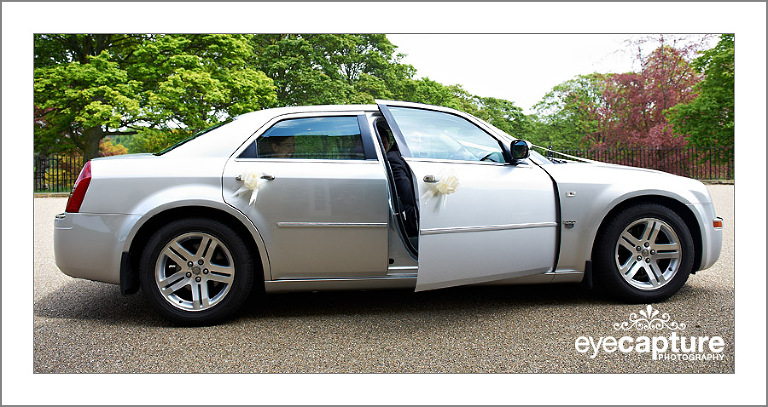 And here she comes – our beautiful, natural bride, Jo! 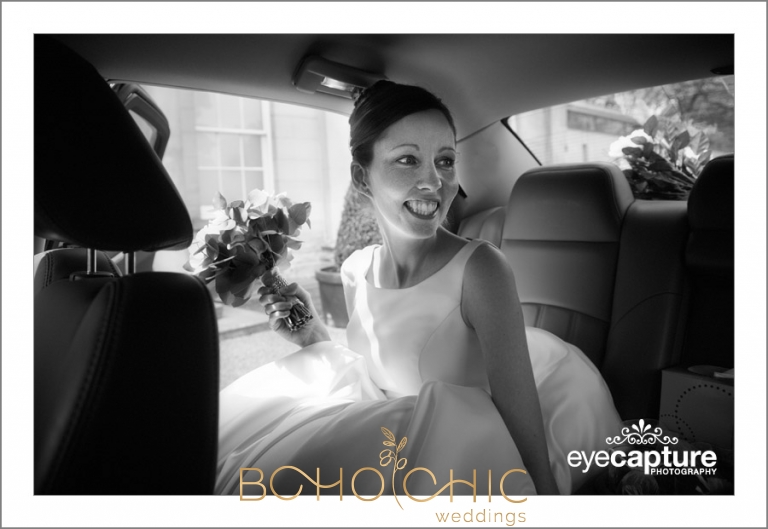 When asked about how she felt on the morning of her wedding, Jo replied,

I didn’t feel particularly nervous on the morning of the Wedding.  But it’s fair to say I was hugely excited and therefore perhaps a little manic!  My bridesmaid Lucinda and I spent the morning laughing hysterically at things clearly only we found funny (we were entirely sober I hasten to add)!!

I didn’t particularly want a Bridesmaid colour theme and wanted Lucinda to wear a dress she liked and felt happy in. 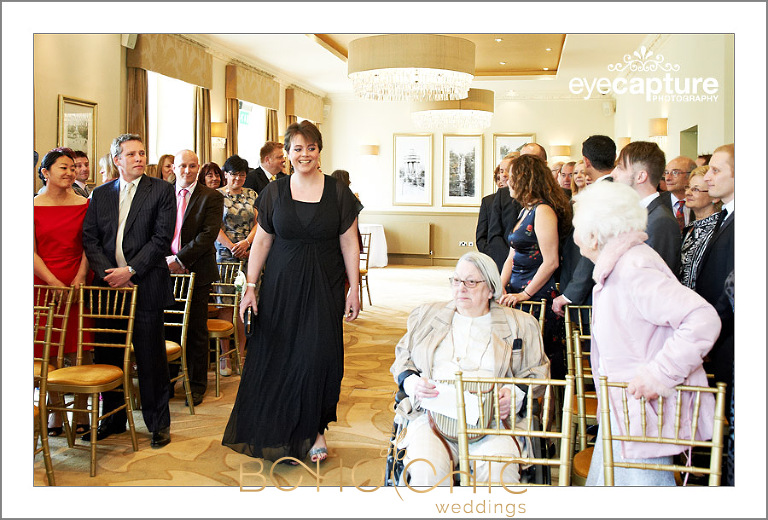 How Jo chose her dress,

I chose my dress very quickly, from the first shop I visited (Amelia Elliot in Horsforth).  It wasn’t at all what I had intended to choose, but the moment I put it on I loved it (as did my Mum, who was there with me at every fitting).  The dress was called ‘Hepburn’, and as Dan has always had a crush on Audrey Hepburn I thought it had to be the one!  To say I felt like a princess in it is a cliche, but also a massive understatement. I had always thought I would sell the dress after the Wedding, but there is absolutely no way I will ever do that now!  It means far too much to me. 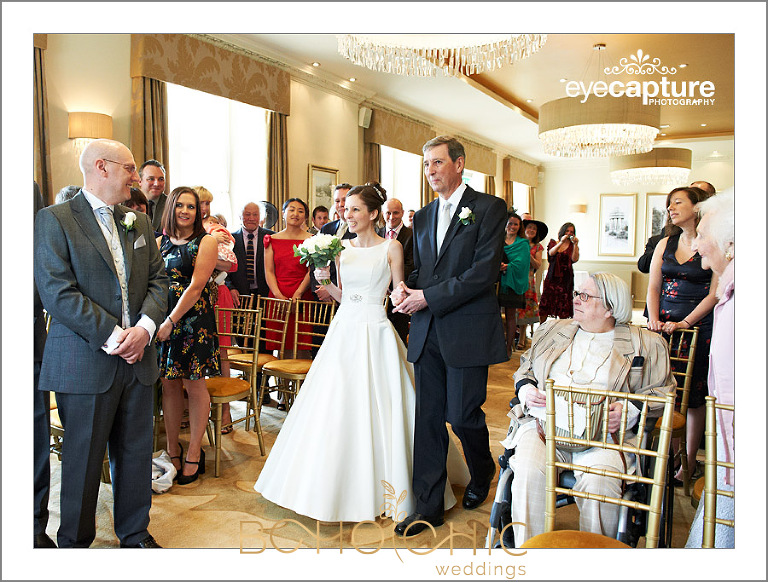 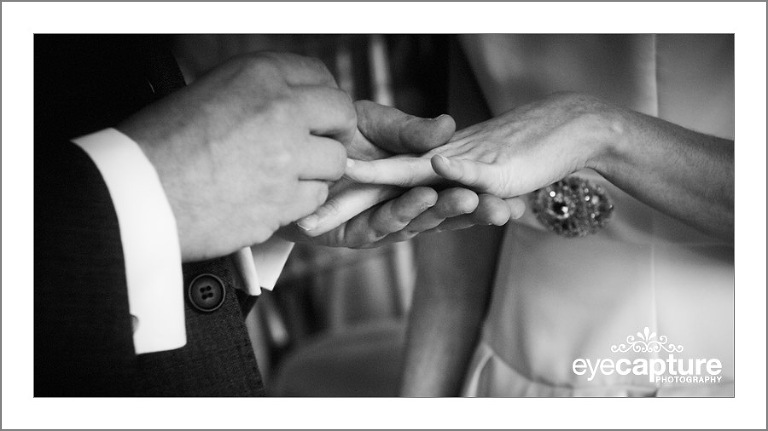 We decided to each choose a reading separately.  I chose my reading by researching ‘love poems’ basically.  I knew I wanted a love poem from one of the romantic poets, but just had to find the right one.  After much reading I found Percy Shelley’s  ‘Love’s Philosophy’.  As soon as I read it, it was decided.  Our lovely friend Sue agreeing to read it was the icing on the cake!  Dan chose ‘A Lovely Love Story’ because of all the ones he read, this one he felt summed us up as a couple!  It was also a nice contrast, to have a love poem and a more light hearted reading. 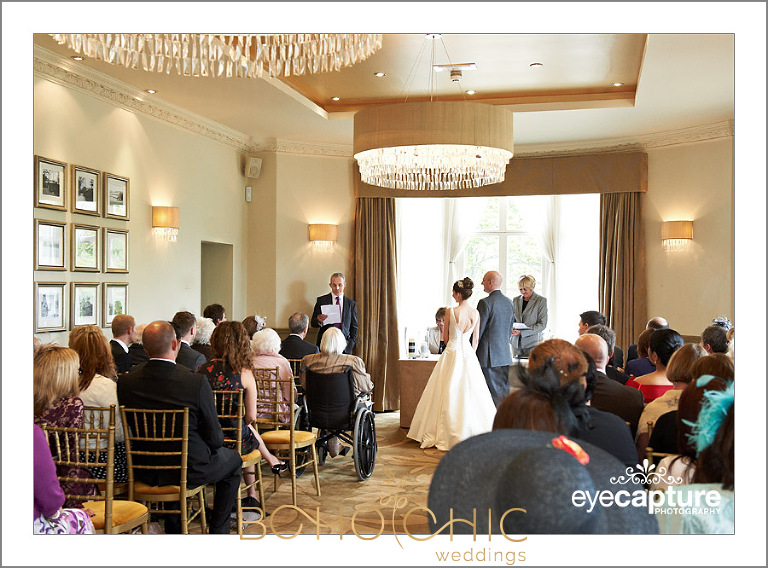 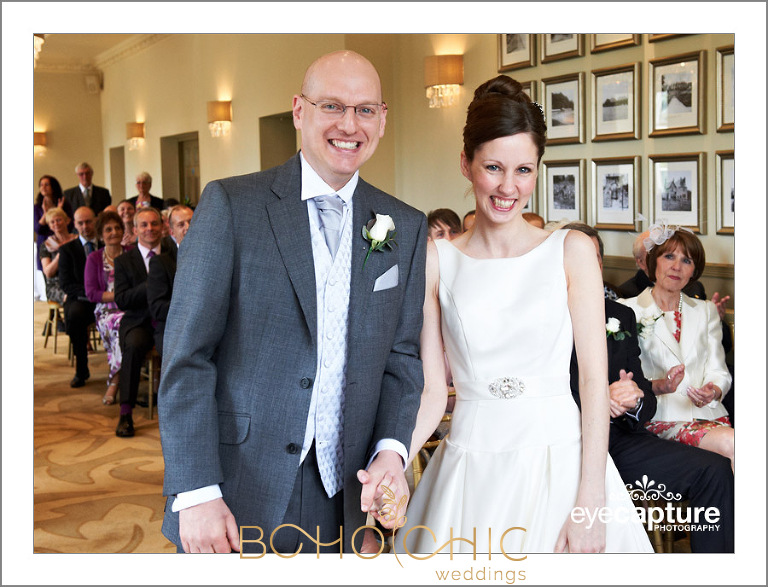 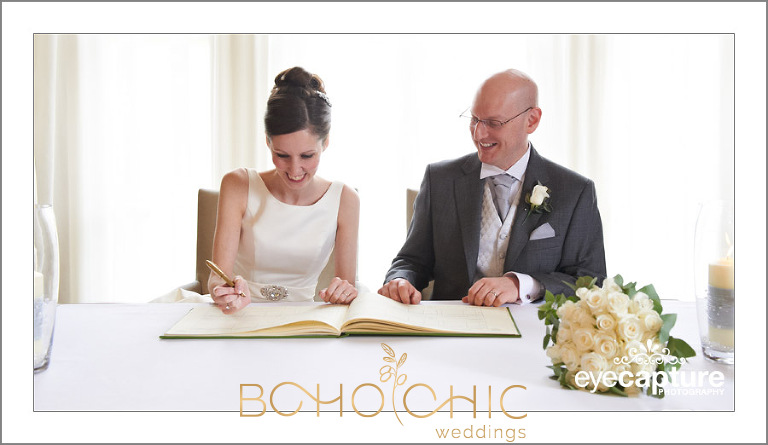 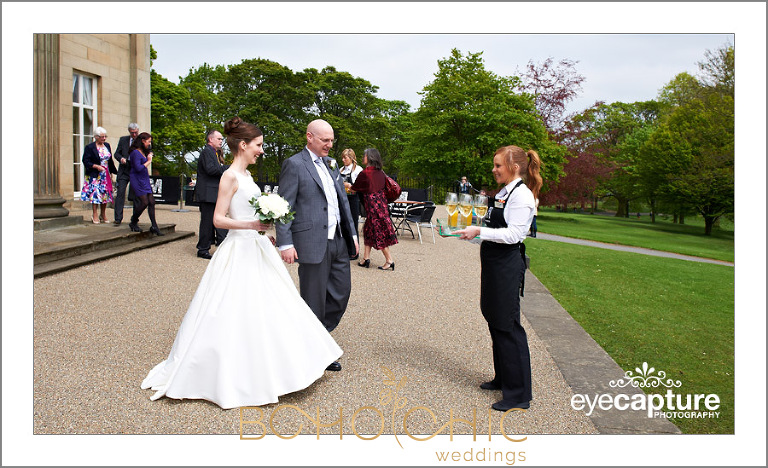 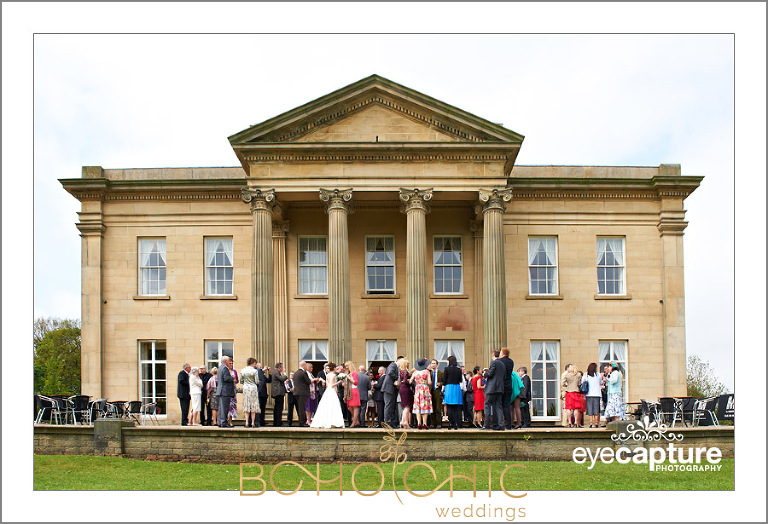 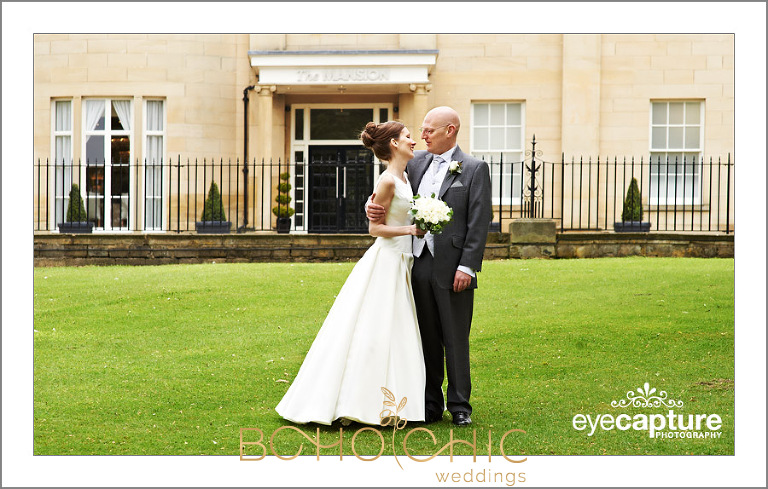 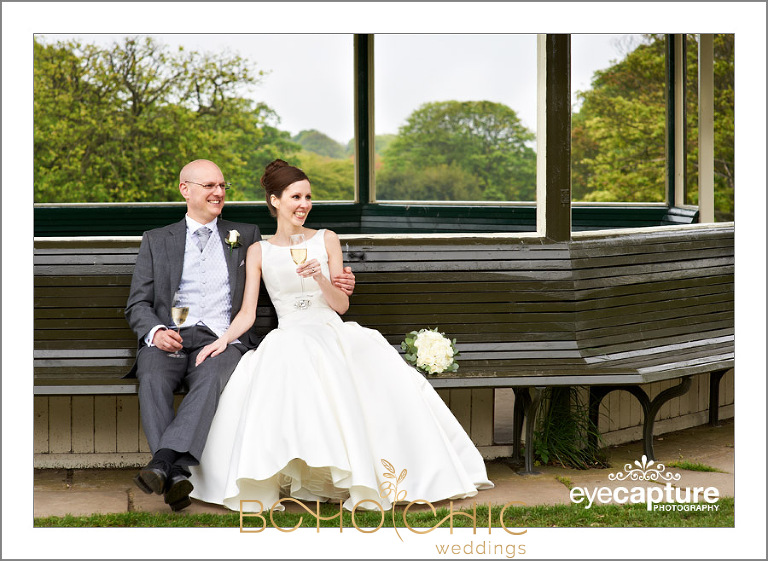 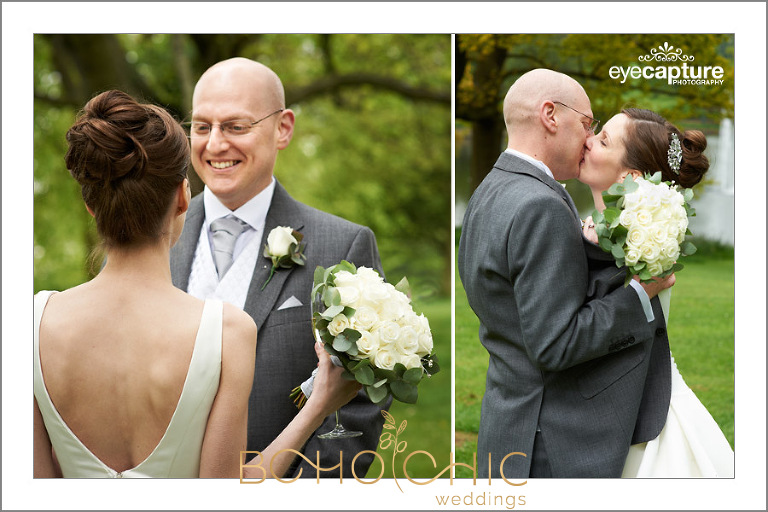 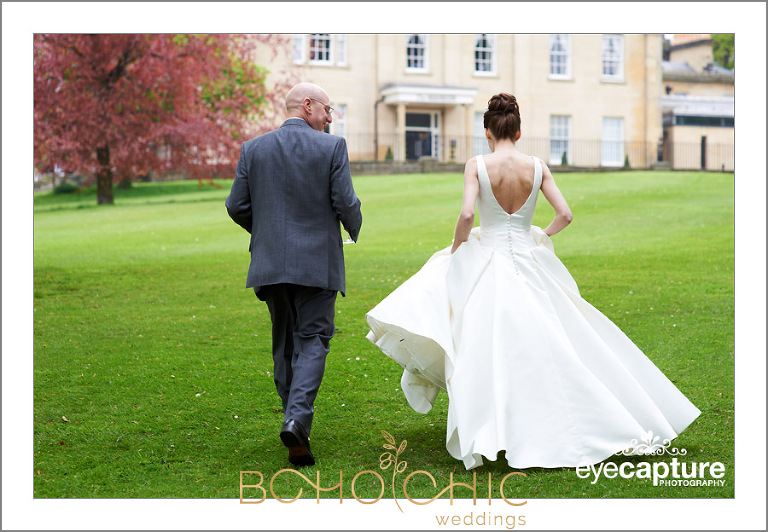 Jo’s Audrey Hepburn inspired 1950s wedding dress really suited her petite physique and personality and this was obvious to see by how she moved in it. 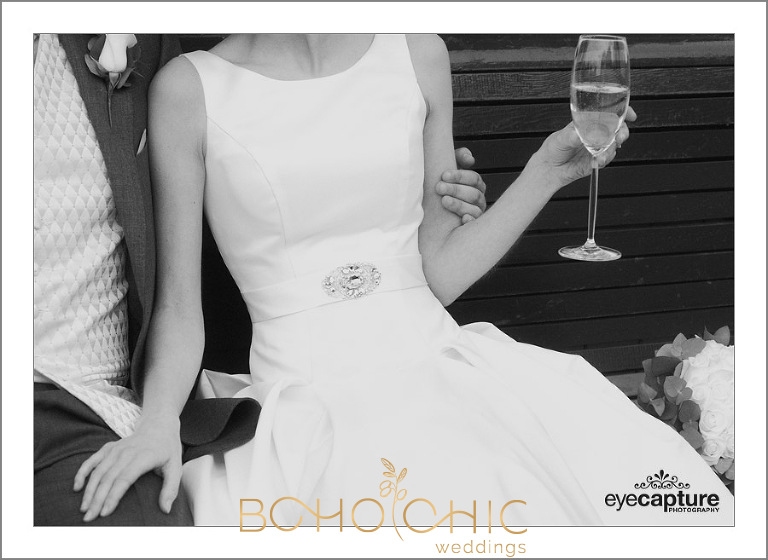 Currently working on Jo and Dan’s album design. They like a clean, fresh look with framing of each image in white. Their blog-post has been designed with this in mind too.