Yorebridge House / So cosy in Wensleydale

Yorebridge House Hotel is a beautifully designed boutique hotel in Bainbridge in the North Yorkshire Dales.  So, on this cold Yorkshire afternoon with snow expected any time, the design for Jo & Rush’s Yorebridge House wedding album is well underway. I can’t help but dream of having a nice rest at this hotel and the thought of lying in one of their bubbling hot tubs whilst the snow falls makes me want to log off and book myself in.

A wedding album coming up in the bride and groom’s preferred natural wedding photography style. 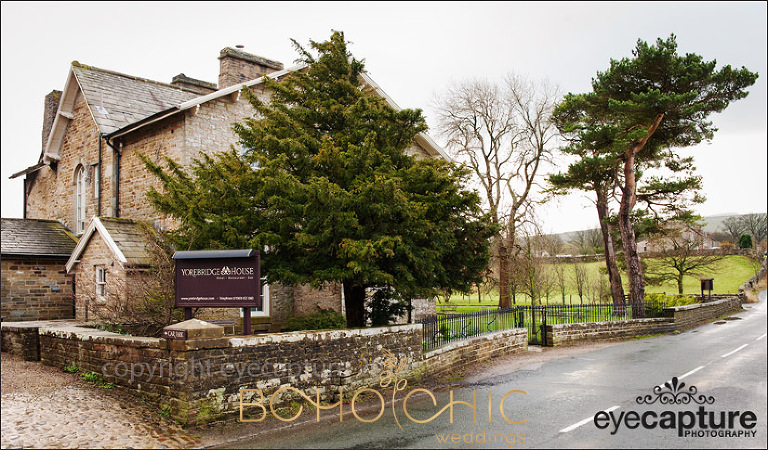 Yorebridge House is popular for smaller weddings. It was a cold December day and the theme was Christmas chic . . .

Jo and Rushton chose to marry in the Yorkshire Dales because they love long countryside walks there. They could put a lot of their personal touches at Yorebridge House including a few real Christmas trees. 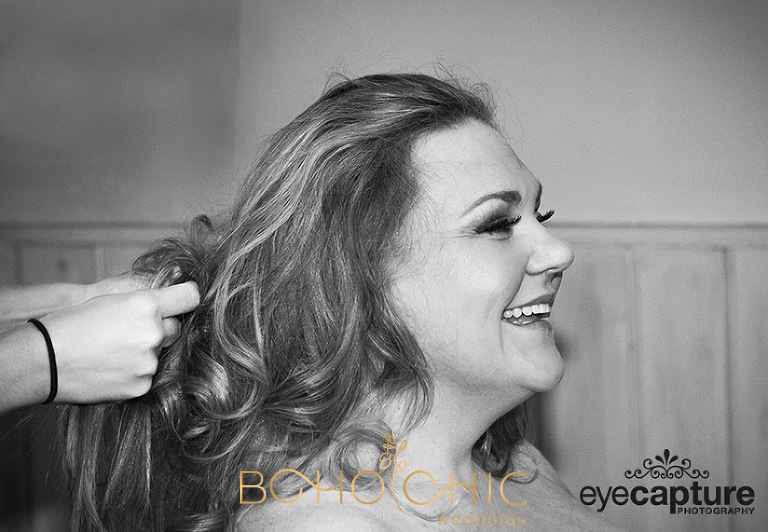 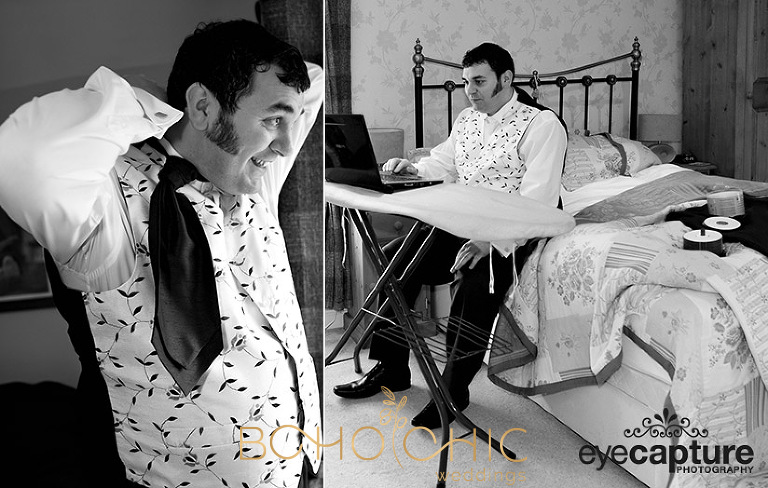 And here are our groom’s preps! Rush stayed at a B & B in Bainbridge. Lovin’ those sideburns – he really suits them 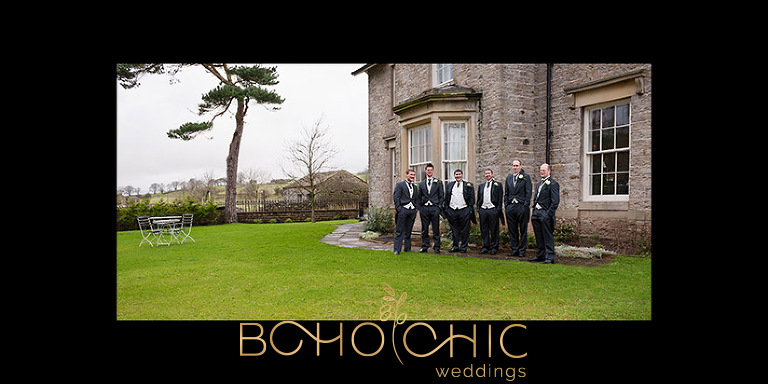 As both Jo and Rush’s occupations involve the use of lots of imagery, it was natural for them to want creative input in their album design, so here are some of their album pages. 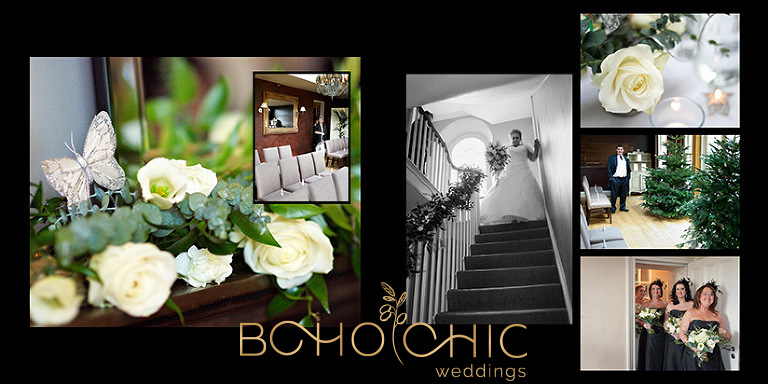 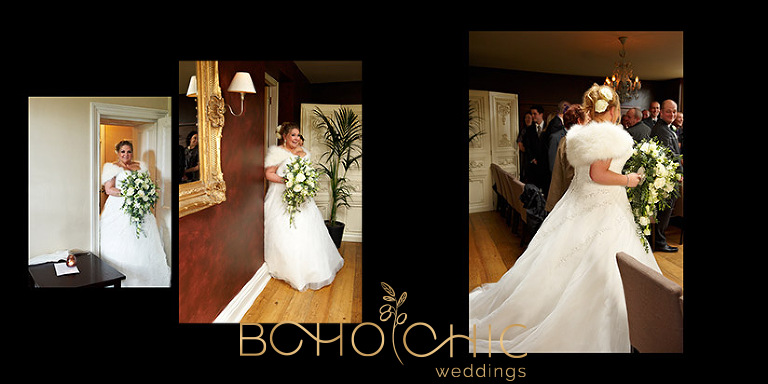 Jo’s mum travelled from Melbourne to give her away 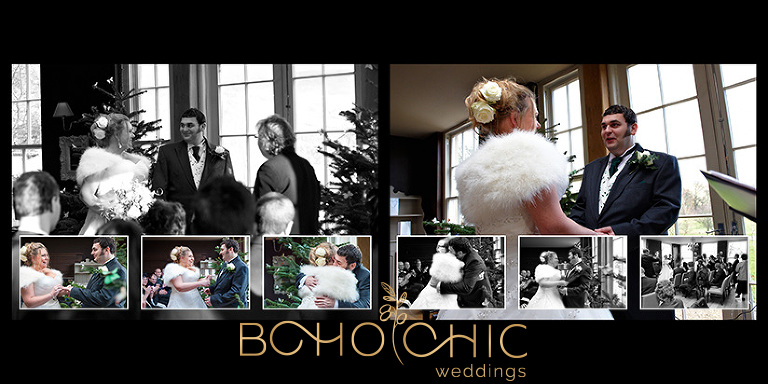 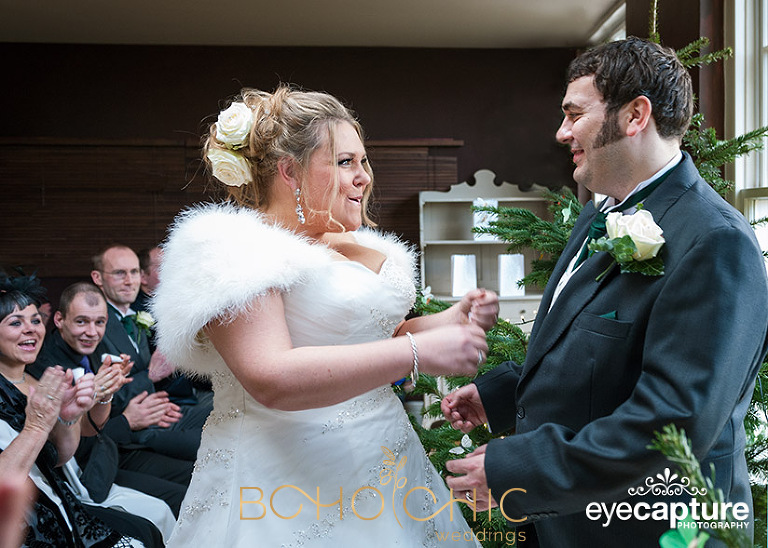 This was everybody’s favourite 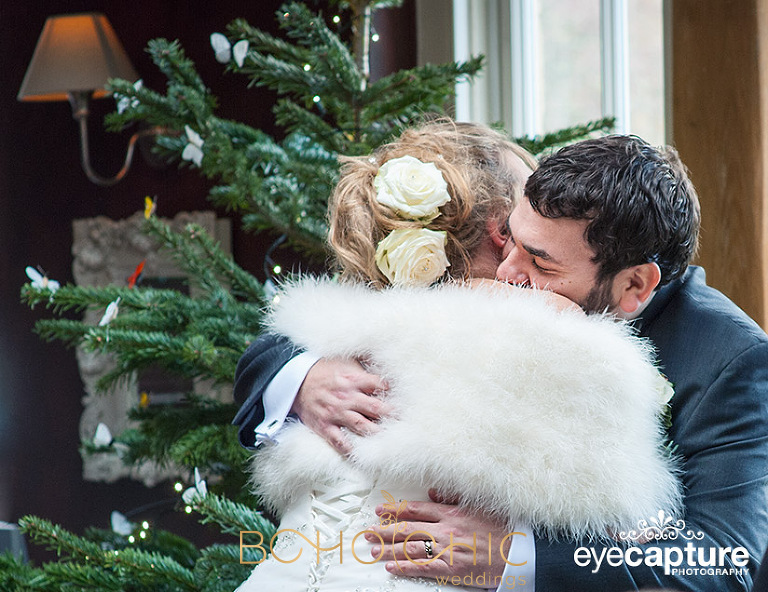 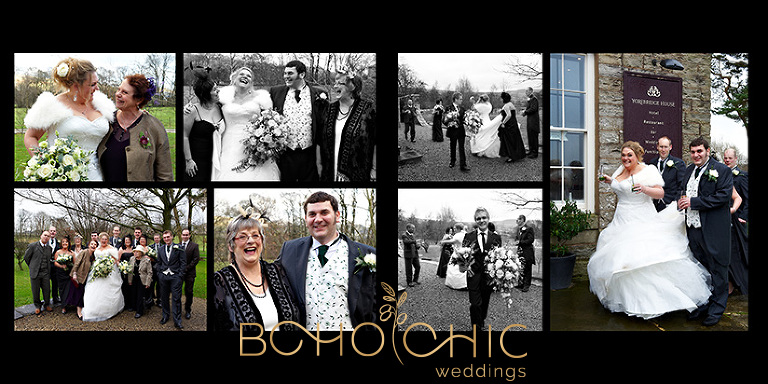 As you can see, Jo and Rush prefer natural and relaxed wedding photography 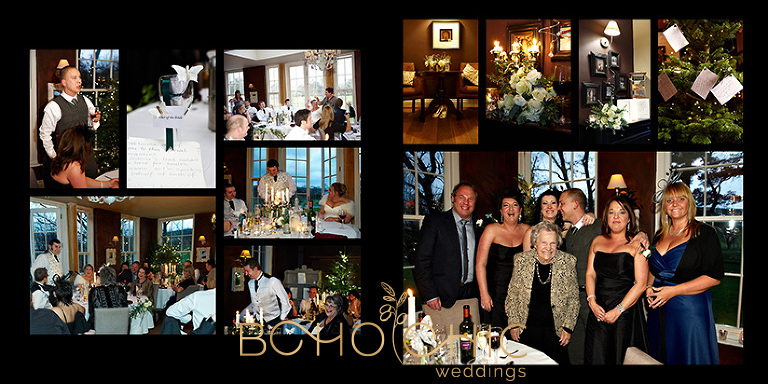 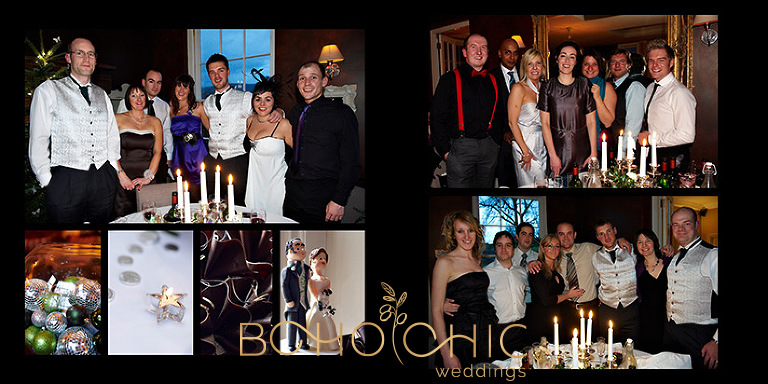 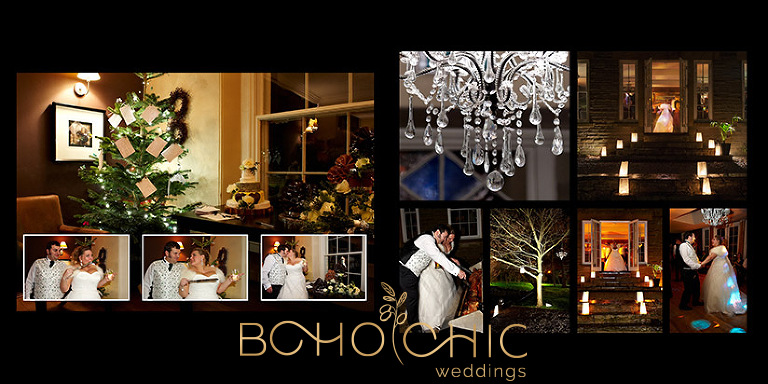 Jo and Rush had been together for several years. They met at work and now have a lovely home together in Chapel Allerton in Leeds, LS7. Jo always knew she wanted to be married and there were several times throughout their relationship when she was sure Rush would propose.

Not liking being the centre of attention, Rush said he was rather nervous about the whole wedding event. Though he’d thought about about proposing, once just after a New York trip from the Empire State Building, it took him a while longer to pluck up the courage. Like most grooms, he was dreading the First Dance but I’m pleased to report that afterwards he said he rather enjoyed it all.